Can I ride my bicycle on the sidewalk in Batavia? It depends... 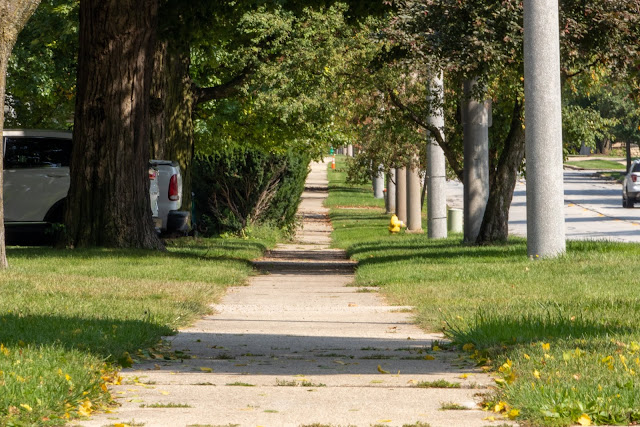 There are three items in the City Code that specifically address riding a bicycle on sidewalks in Batavia:

So this means if you are 16 or older, which includes all adults, you should not be riding on any sidewalk in Batavia that does not specifically permit bicycle riding. This is especially true on Wilson street, between Route 25/River Street and Shumway Avenue/Island Avenue (referenced as the "central business district" in item 1, above). No one, including those 15 and younger, is permitted to ride on the sidewalks here.


"But it is too dangerous to ride on Wilson Street between Route 25/River Street and Shumway/Island Avenue," you say. I agree completely. Unless you are a cyclist with confidence riding among distracted drivers, the Wilson Street street is not for you.

If you are uncomfortable riding on Wilson street, walk your bike on the sidewalk for a block.  Even if there are no pedestrians at the time, you don't know when someone will step out of a store into your path. Add signs, planters, lamp posts, fire hydrants, and parked cars, and you have a recipe for an accident you could have avoided.

"But there are some sidewalks where bicycles can be ridden, right?" you ask hopefully. As far as we can tell, the only sidewalks all cyclists can ride on are:

1. Along the north side of Houston Street, between Island Avenue and the Fox River trail. This is really a "multi-use path" specifically constructed to accommodate both cyclists and pedestrians.


2. The sidewalk along the west side of S. River St. (Rte. 25) between Wilson and Webster, which is considered a connector for the Fox River Trail when it is flooded north of the Donovan bridge. WATCH FOR CARS exiting the parking lot!

3. The sidewalk on the south side of Wilson St. between Feece Dr. and Western Ave. (in front of Batavia High School). There is a sign directing bicycles to the sidewalk, but you don't see it until after you have passed any way to get on the sidewalk (without hopping the curb). Nice. Just get on the sidewalk anywhere between Randall and Feece and you'll be fine. There is no sign to indicate when to go back on the street, so...

In every case, whether on the street, trail, or sidewalk, cyclists must always pay attention, yield to pedestrians, announce when they are approaching from behind, and SLOW DOWN when it is crowded with people and Pokemon GO! players. 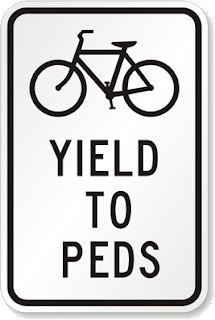 Batavia is a pretty easy city to ride on the streets. We're no Amsterdam,  but for a few main cross-town routes which are easily bypassed, most of the streets are calm and safe for riding bicycles. We need to help keep the sidewalks safe for pedestrians.